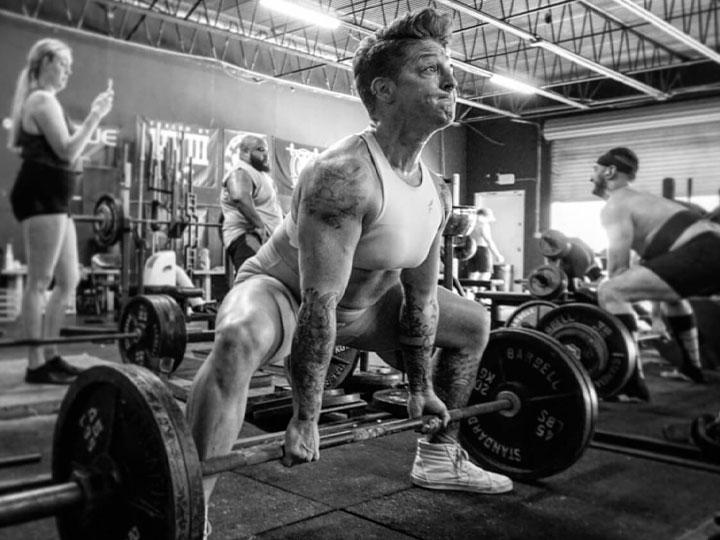 “My name is Andrea…AKA A, AK, Dre…I’m an international elite powerlifter in the 75kilo class. I hold the Florida state squat record currently. I wasn’t always a powerlifter. 4 years ago I was a cross fitter. This is where I met Sean, one of the owners. At the time he was teaching us Olympic lifting. He eventually opened Pinellas barbell with his friend nick. I’ve basically been coming there ever since. I slowly left CrossFit as I became more into powerlifting. I found Pinellas barbell the most comforatable place to be as I grew as a powerlifter. I used other coaches for my first two meets then quickly realized I needed to have Sean program for me after watching many athletes he had progress. Ever since working with his programming, I’ve progressed the most in my career. Hitting numbers I never thought I would and becoming a more technical lifter. The programming is custom to your own strengths and weaknesses. He listen, and puts together the best plan for you and your goals. Not to Mention the constant support from all the other members at Pinellas barbell. I mean let’s be real we have some of the strongest people in the state of Florida training with us! The energy is great. Everyone is supportive and helpful. It’s like a little family and I’m proud to call it home and to support my friends. If you’re looking for a non commercial gym, where real weight is thrown down and everyone around you is there to put in work too… this is the place.”